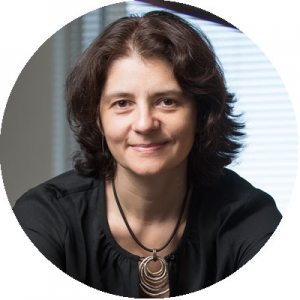 Biologist, Brazilian neuroscientist and associate professor at Vanderbilt University, Suzana has degrees from Brazil, USA, France and Germany. Her research on the number of brain cells existing in brains of different species has revealed that the human brain contains as many cells as would be expected of a primate brain, so there is nothing extraordinary in our brains. However, because it is larger than a primate’s brain, it concentrates the biggest number of neurons in the cerebral cortex, which is the basic explanation for the remarkable cognitive ability of humans. Since the human cerebral cortex has become the only one to gather so many neurons, it is the theme of her TED talk, which has already been seen more than 2.5 million times, and of her book “A Vantagem Humana: Como Nosso Cérebro se Tornou Superpoderoso” (Cia. das Letras, 2017). In FRUTO, Suzana will talk about how the first technologies invented by our ancestors, simple and transforming (through the pre-processing of food before consumption, i. e., through the kitchen), have changed our evolutionary history, and how our cognitive abilities, now that we have the necessary biology, depend much more on technology and its cultural transmission than we would have thought.

HOMO CULINARIUS
Understand how the kitchen transformed our evolution, food and culture