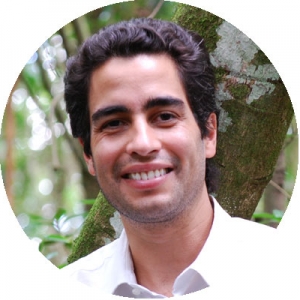 Ricardo Cardim is a landscape designer with a Master’s degree in Botany by the University of São Paulo. He is the director of Cardim Arquitetura Paisagística, where he develops an innovative work in green areas, rescuing the original nature through public and private projects of different reach. Currently, he is also a columnist for Estadão’s website and the newspaper O Estado de São Paulo, and a consultant for the Rede Globo of São Paulo. In 2014, he was the curator of the exhibition “Território Paulistano”, and in 2017, the curator of “Remanescentes da Mata Atlântica & Acervo MCB”, at the Brazilian House Museum. Besides that, he is the creator of the “Pocket Forest” technique, which aims to recover the native biomes from within the current 90% of urban vegetation of foreign origin in Brazil. This technique is applied mainly in public areas, with the participation of the community, and supported by companies and the public power, having been used in more than 20 of these joint efforts in São Paulo.