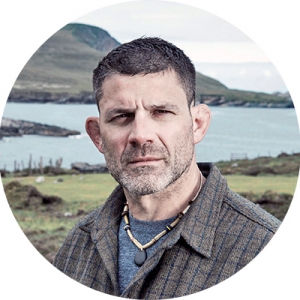 Bill is a food archaeologist, primitive technologist and chef. He travels the world documenting traditional food ways and works. His goal is to draw inspiration from deep archaeological and ethnographic records and the modern culinary world to create food solutions that are relevant, meaningful and accessible.

The director of the Eastern Shore Food Lab is a strong advocate of traditional foodways and is constantly seeking new ways to incorporate lessons learned from his research into the diets of modern humans. He makes a difference in the lives of people around the world by sharing his powerful approach and reconnecting them with their food, past, environment and communities through speaking, coaching, workshops and retreats. Bill is the co-star of both National Geographic series, The Great Human Race and The Modern Stone Age Family.