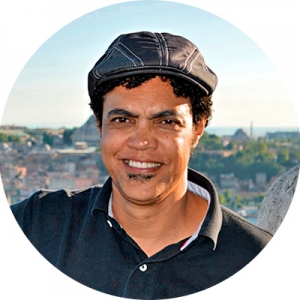 Sérgio is a journalist, writer, TV director and screenwriter. He received the most well-known literature award in Brazil, Prêmio Jabuti, for his book Com os pés na África [With Both Feet in Africa]. He took a long trip to Asia passing by the Americas, Africa and the Middle East to write and make reports and documentaries. He has worked in the newspaper Estadão, in the magazines Veja and Os Caminhos da Terra, and in the TV networks TV Gazeta, SBT and Record. He writes and directs documentaries and TV shows for National Geographic and different Brazilian channels. He has worked in the writing of a few TV shows and published books on environmental subjects, such as forest reserves, water resources and endangered Brazilian animals.

WHAT YOU DON’T KNOW ABOUT WATER
Situação global