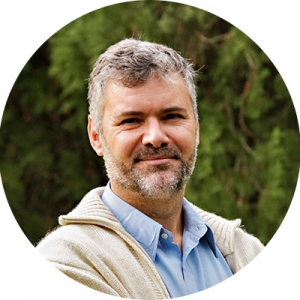 Pablo is an Argentine historian focused on the history of civil society in Latin America. He is the founder of BIOMAMA, a recent venture that operates under a circular economy to recycle urban pruning residue. He holds a doctorate in History from Universidad Nacional de Córdoba. He has worked at the Ministry of Education; as a parliamentary assistant; and as an advisor at the Undersecretary of Prison Affairs.

Today, besides being responsible for projects that fight youth homelessness, Pablo works at Fundação Avina, a Latin American organization that promotes sustainable development and community water management. He is the foundation’s director of sustainable finance. He is also the CEO of World Transforming Technologies, a second foundation created by Avina to develop and support Latin American technology related to energy and water access.

WATER AS A HUMAN RIGHT
3 solutions starting from reflective practice