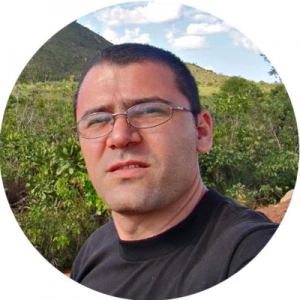 Coordinator of Central do Cerrado

With a degree in Zootechny from Universidade Estadual Paulista – Botucatu, Luiz works as an executive secretary at Cooperativa Central do Cerrado, which brings together several community-based agroextractive initiatives in the Cerrado. He has been working for two decades with traditional communities and family farmers in the development, promotion and commercialization of products originated from the Brazilian socio-biodiversity. The goal is to promote income generation, environmental conservation, territorial development, and appreciation of traditional culture and ways of life. He is the vice president of Slow Food Brazil and head of the Plataforma Nacional para o Comércio Justo, Ético e Solidário – Faces do Brasil.

TOGETHER WE ARE STRONG
The challenges faced by family farming