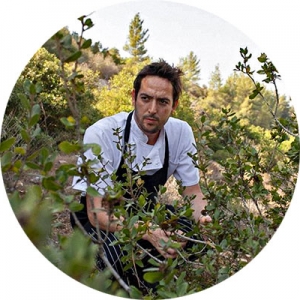 chef and owner of the restaurant Zala in London, researcher of Mediterranean recipes and director of the German company Infarm – Urban Digital Farms

In addition to the director of the company Infarm (Berlin, Germany), which produces digital vertical farms, he is the chef and owner of the Zala restaurant (London, England). During his tenure as a cook, he worked in restaurants such as Fat Duck and for eight years stood out as chef of Rama’s restaurant, a renowned establishment near Jerusalem in Israel, where he expanded the study of recipes of Mediterranean culinary culture, fermentations, regional techniques and ancestral recipes.