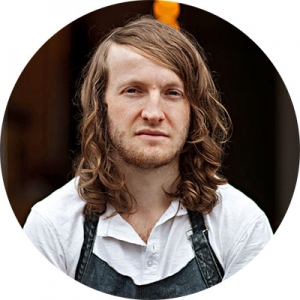 Chef and owner of the restaurant Zero Waste, Silo

The British chef is the owner and founder of the award-winning Silo, the first restaurant in the UK with a “zero waste” concept. After being an intern in several award-winning restaurants, such as Fat Duck and Noma, and receiving the BBC Young Chef Award, Doug opened Silo in 2014. The restaurant has been designed in order to not waste anything: raw materials are transported in reusable containers, directly from local producers. The food remains at the end of the day are transformed into fertilizer, which is passed on to the local farmers, closing the production cycle.

WASTE IS A FAILURE OF THE IMAGINATION
Different uses for waste