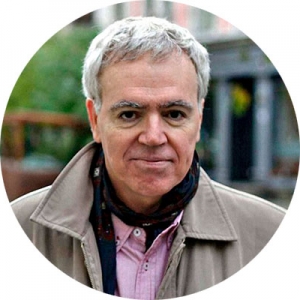 Brazilian scientist and activist with a relevant role in the dissemination and popularization of science when it comes to topics such as the biotic moisture pump and its importance for the valorization of large forests; and the aerial steam rivers, which transfer moisture from the Amazon to other productive regions of Brazil. He worked as a rapporteur in the studies on the Forest Code promoted by the Brazilian Academy of Sciences and SBPC. He has a degree in Agronomy from the University of São Paulo, a master’s degree in Tropical Biology (Ecology) from the National Institute of Amazonian Research and a PhD in Earth System Sciences (Biogeochemistry) from the University of New Hampshire. Currently, he is a researcher at the National Institute of Amazonian Research and a visiting researcher at the National Institute for Space Research, where he leads the land modeling group. He takes part in the Large Scale Biosphere-Atmosphere Experiment in the Amazon (LBA), and in the Terrestrial Carbon Observations Panel (GTOS-TCO).

WHAT YOU DIDN’T KNOW ABOUT WATER
Water and food: how climate change affects the world?