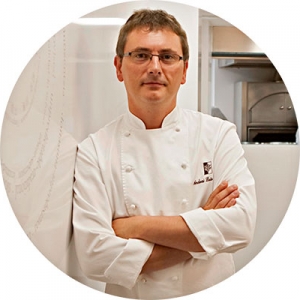 Chef and owner of the restaurant Mugaritz

The multi-award-winning Spanish chef has run Mugaritz since 1998, which he defines as a “creative ecosystem that allows the freedom to invent without limits.” In addition to the restaurant in San Sebastián (Spain), he has taught at Harvard and MIT, and has published books alongside scientists and food scholars to question the role of creativity in the gastronomy of the future — and its ramifications in health and in the perception of taste and cultural identity through food.

WE NEED TO TALK
Sustainability and food